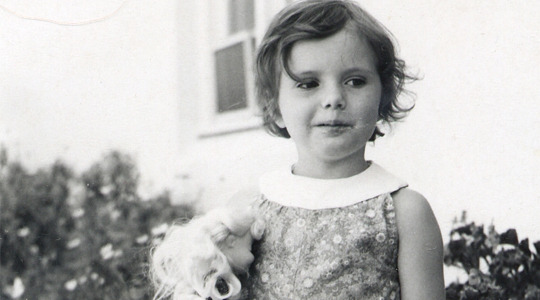 Let's Hear it for the Ting Tings.

My name is Robyn Butler. That's it. No middle name, no confirmation name, no curious little initial poking its tiny head out of a birth certificate somewhere.

I don't know why I don't have a middle name. When, as a child, I would ask my mother why she never gave me one, she would reply, 'Nothing went after "Robyn",' which, even as a six year old, I sensed was just a little bit lazy. It’s not like my first name was Chrysanthemum or Hildegarde, or even the quite common Antoinette (at least, the one at my school was). It wasn't an exotic, full-bodied name, the conjuring up of which might, rightly, have exhausted my mother and left her perplexed about how to possibly proceed from there. It was Robyn. Robyn was right alongside your Jennys, your Susans, your Lindas. Prosaic, pedestrian and positively crying out for a smack-between-the-eyes middle name.

My mother is a highly imaginative person. She once made a meat pie with rum - so much rum, in fact, that we all cried. She cried because her pie was a dismal failure; my sister and I cried because we might have been drunk and thought we had to walk the plank. How could the mind that imagined minced beef and a bottle of dark rum in harmony not imagine anything coming after 'Robyn'? The truth is, she just gave up. And she gave up with my sister. Apparently, Anne's a tough act to follow as well.

When I was about twelve, I took matters into my own hands. My friend Robyn Elizabeth Viney offered a shining example of something going after Robyn, so I subsequently adopted Elizabeth too. I chiselled down the sides of my Derwent pencils and painstakingly initialled them all with R.E.B. It was invigorating for about a week, until Robyn Elizabeth Viney told me to stop copying her and I had to give my pencils to the boy who sat behind me, Rupert Edward Bowen.

The consequence of this deprivation was that early on I learned to accept my name for exactly what it was. And, over the years, what I came to love about my name is the unadulterated sturdiness of it. Robyn Butler. It's not fanciful or ethereal. It's not particularly pretty. But it's reliable. It’s the sort of name that backs you up in a fight. That picks you up when you're too drunk to drive. That sits by your hospital bed when you're in a coma. Can you really see a flimsy name like Scarlet Daisy or Clementine Mirabella holding the hand of someone bleeding from the head while their bowels leak into a bag? Of course you can't. Clementine and Scarlet are flirting by the nurses’ station with Dr Roger Quotidien (a sturdy name also, yet multi-syllabic to imply intelligence and exotic enough to suggest a hint of philanderer).

My point is, I like my name. And when I got married, it never occurred to me to change it. It never occurred to my husband that I would change it. Why would I do that? I know there are circumstances where changing your name is appropriate, like when you enrol in the witness protection program but, most days, marriage is nothing like the witness protection program. After the thirty-odd years of hard yards I'd done with Butler, do you think I would just abandon it to the maiden scrap heap? That didn't seem at all suitable for me because, let me be quite clear about this, I was never a maiden. Even when I was ‘in my original state', I wore no hoopy skirts; nor did I fetch and carry milk. I didn't wear bells or bonnets, and was only fair in the sense that I burned and blistered on a regular basis because my friend Majella promised me that I would eventually go brown.

My grandmother refused to call me anything but my husband's name but, then again, she was a creationist who believed dinosaurs were a work of pure fiction. ('…anybody can put together a pile of old bones.' Yes, Nan, but whose old bones? Who was it that you think sported a fifty-nine-inch skull, if not the Tyrannosaurus rex? Surely not Eve? Not unless she had a very good chiropractor.) On the scale of Fights Worth Having With My Grandmother, the one about what I liked being called ranked pretty low.

I'm not sure why other people, more enlightened than my grandmother - say, for instance, the President of Iran - still insist on calling me by my husband's name. (Although, to be honest, since I stopped lending him cardigans, he’s not called me at all.) Lately, there seems to be a spate of them, all steadfastly addressing me by my mother-in-law's name.

I think some people get cross with me because the whole family doesn't have the same name. My kids have their fathers' names (yes, that is the correct use of apostrophe) because I think, I get to give birth, they get to give the name. I'm not sure why this should upset anybody else; it's not like dinner is assigned in alphabetical order or the children in A-K get loved best. Perhaps it is slightly confusing for the dentist when I make appointments for the whole family and, yes, there was some bewilderment at the check-in counter on the way to Bali when the Qantas lady saw all the people travelling as a family with different names. I figure as long as one of the last names isn't Corby, there's no real cause for alarm.

Why should it bother anyone else what I call my children or myself? I couldn't give a tinker's cuss who does what with their names. Take your husband's name, take your dog's name, take the Lord's name - I don't care (although my grandmother would). What I do care about is people calling me by my husband's name when, as the Ting Tings, rather repetitively but very aptly, sing, That's Not My Name.

This article first appeared on the most excellent website, The Scrivener's Fancy.