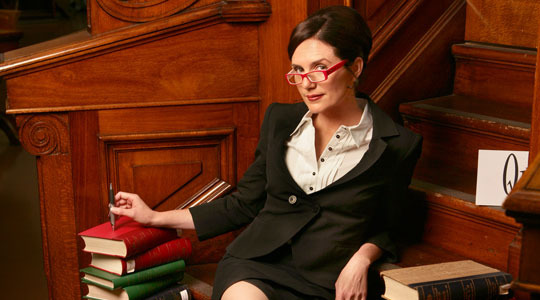 Three Evil Words: Have Your Say.

We’re writing new projects at the moment; holed up in the Gristmill back shed like the Unabomber. If there were two Unabombers. With less dynamite and more pens. (And lest ASIO suddenly gets interested in my referencing the Unabomber I will hasten to add that I could never blow up anything, including a balloon. Much to the disappointment of my eight year old, it makes me terribly lightheaded and I always have to lie down.) Anyway… as you may be able to tell, it’s very nice to have some contact with the outside world.

Although, no offence outside world, but WHAT THE HELL IS GOING ON OUT THERE? What’s with the bloodshed and the crazy, people power led, toppling of one regime after another?

And as I write, reports are flooding in that thousands of people are marching to demand the demise of Saleh, which worries me because I’ve always had a soft spot for Akmal. Oh – I beg your pardon - I’ve just read on. It’s Ali Abdullah Saleh, the President of Yemen, not Akmal Saleh, the comedian from Sydney. I’m sorry if I scared you. But after the apoplectic public outrage over Live From Planet Earth, I’m sure you would have momentarily shared my concern.

You see, I had read that people are seeing it as their “duty to topple Saleh, describing him as a ‘devil who has driven us to the stone ages’’’, which is not dissimilar to people thinking it was their duty to topple Elton, describing him as “a pommy bastard from a previous century”. Although the former was a quote from a besieged Muslim cleric and the latter was an anonymous quote online.

Gaddafi, who at the time of posting this, is holding off the revolution (and when I say ‘holding off’ I mean in the way that a lobster holds off the pot of boiling water), but as I watch his deranged rants, I think, did he learn nothing from those who have fallen before him? Just yesterday, Gaddafi, urged his followers to “Sing, dance, prepare yourselves.” That’s exactly what Ben Elton encouraged his performers to do in the LFPE pre-show warm up and that didn’t help, did it? Just as Elton did, Gaddafi is fruitlessly clinging to his last vestiges of influence, refusing to see that people are no longer interested in his leadership laden with smut and innuendo.

Can he not see the writing on the wall? Or on Twitter? Gaddafi might be able to ignore the carnage outside his windows, but he can’t ignore the Twitterverse. Or the comments section of the Fairfax websites.

Oh, I’ve just checked, there is no comment section on the Fairfax websites under the Gaddafi story. Just four different pages for comments for Ben Elton. I found them as I scrolled past the article about the problem of cyberbullying in schools. Well, how is that going to work out for Libya? It’s all very well tyrannised people on the other side of the world begging to have their voices heard, but what’s the point if their story doesn’t even warrant a Have Your Say section on The Age? How is Gaddafi supposed to know what to do next or where he should move to or how many types of arsehole he really is?

And, let’s be frank, he is a tremendous arsehole. He’s a fraudulent, despotic mass murderer.

But, at least he isn’t a comedian. Then he’d really cop it.

But other people don’t. Boy, did I learn the hard way not to google myself.

I’ve had people anonymously write that they hate me, that they hate my laugh, they hate the way I breathe (that one made it to the letters page of the Herald Sun). I’ve been called fat, a slut and a stupid c###. And, my personal favourite, from my days at Triple M radio, I’ve even been sent human faeces in the mail. (That one really annoyed me. I bet Asher Keddie doesn’t get sent poo in the post if she hasn’t nailed a scene in Offspring.)

Not once, EVER, has someone come up to me and said they don’t like me, or my work. On the contrary, people are kind and effusive and grateful and lovely. I know I’m a stupid c###, but isn’t that a little indicative of the moral courage of people who anonymously comment, tweet and send poopy parcels?

I’m not asking that we shouldn’t be judged. We’re professionals; of course we should be judged. But some perspective would be nice. And some guts.

If you’d care to comment on this post, feel free to do so. Oh - that's right - we don't have a comments section...