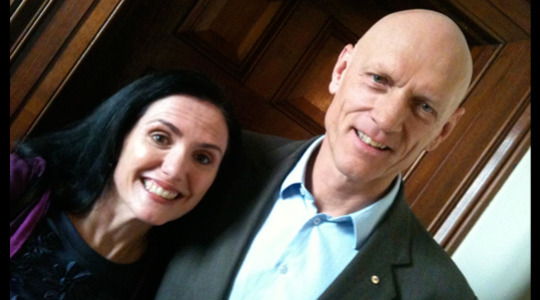 On acting and how to flush a bed pan.

They say it’s ‘who you know’ in this business and I’ll be honest, I got my first break because of my mother’s connections in the industry. The medical industry, that is. My mother was a nurse educator featured in a training video and when she heard the director remark that they would need a couple of actors she quickly piped up that her daughter was an actor and could she try out? (I’ve always adored my mother for her encouragement, particularly since she had sat through enough of my turgid university plays to warrant her encouraging me in anything but acting.) Very fortunately, the director didn’t feel they needed a ‘name’ actor to fill the role of Nurse 2, so I found myself suddenly, dizzyingly, in my first professional job. I was thrilled; not only did I learn how to correctly flush out a bedpan, but also, doing the gig earned me the right to join Equity.

I was now a twenty-two year old card carrying actor, excited but terrified. I knew nothing. I knew no one (while my mother had got me my start, I quickly learned that dropping the name ‘Sister Pam Butler’ wasn’t helpful when trying to secure an agent).

Twenty-three years later, I’m still a card carrying actor, and I’m a writer and producer. Now I know stuff. I just wish it hadn’t taken me so long to realise some of these things:

When you walk into the audition room, everyone wants you to be the one.

No one sleeps the night before the first day.

When the dishwasher repair guy insists that he’s repaired your dishwasher before because he recognises you, do not, under any circumstances, tell him you’re on the telly. You will be forced to recite your CV and he will be familiar with none of it and you will end up telling him that, actually, that’s right, he did come out for an earlier repair.

You don’t have to be skinny.

When the director acts out your lines for you, tell the DOP how you want the scene shot.

Bad stuff that happens to you makes you a better actor.

When you shoot a commercial two weeks after giving birth and the camera operator leans over between takes and asks if you’re breastfeeding, yes, by all means, be touched by his sweetly inquisitive feminine side, but know also that you have milk dribbling down your silk shirt. The one silk shirt that wardrobe has.

There’s no excuse for not knowing your lines.

Working with kids and animals is okay; working with young male actors is exhausting.

When the girl with the clipboard on the AFI red carpet pushes you off the red carpet despite you being nominated for four awards, push her back.

When you time your audition arrival perfectly, adequately fill the parking meter, sit down and focus your anxiety and wait to be called, after which the producer, director and casting agent keep you waiting for an hour and a half, you can tell them it’s not okay.

Don’t lie about your age in Showcast.

No matter how good an actor you are, sometimes, you’re just not right for the part.

There is no need to be a princess.

Given that you often do your best audition in the car on the way home, it’s best to choose one of the following methods: a) allow yourself to be truly vulnerable in the room b) offer the producer, casting director and director a lift home

This article first appeared in the Winter 2011 edition of 'Equity', the magazine for the Media Entertainment & Arts Alliance.