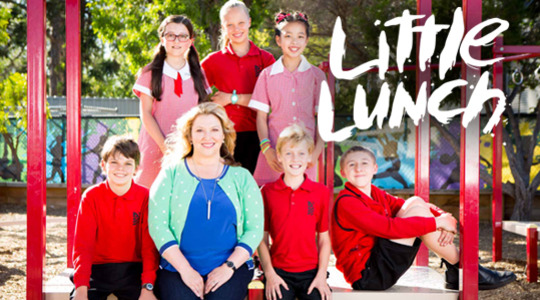 So, we have been holed up in an edit suite for an unnatural amount of time and are very pleased to let you know, we are now putting the finishing touches on our new comedy series, Little Lunch. We’ve been describing it to people as The Office in the playground. It’s a Mockumentary with six really funny and talented kids and one adult, the hilarious Heidi Arena, who played Dawn in our series The Librarians and who will also be seen in our film, Now Add Honey, due later this year (yeah, we really like her).

Little Lunch will screen in Australia on ABC3 from mid 2015 and be distributed worldwide by the ACTF.

/ TAGGED: News
ShareTweet
/ Back to Words