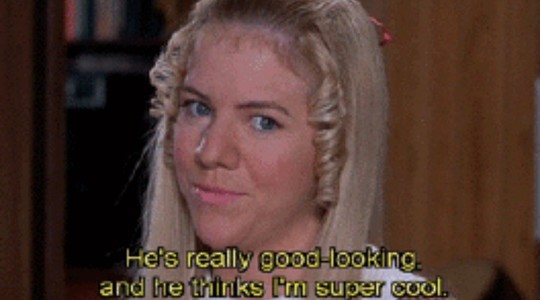 ‘I forced a book on my daughter. Her reaction was unexpected.’

Children are glued to their screens for more than seven hours a day on average. I know this because figures have been released to announce this alarming statistic. I also know this because I have a 12 year old.

While she eats a bowl of cereal and watches Apple TV, my daughter can scroll through YouTube, send a message on SnapChat and post a picture of all of the above on Instagram. Despite my cries of ‘one screen at a time!’ she is living in the social media vortex of our time, and I am rifling through my emoji index to find a little white flag of surrender.

I don’t want to get all worthy and self-righteous and ‘in-my-day’ on you, because, honestly, if I’d had access to all those screens when I was 12, I would have built a bunker with them in the backyard and not come out until I was 22.

I loved watching the one screen I had: TV. I lived on a solid, after-school diet of Get Smart, I Dream of Jeannie, The Brady Bunch, Gilligan’s Island. (Don’t get judgy; I write television comedy for a living now so technically I was studying.) I would watch hours of TV if left unattended, which I often was, because my parents worked. My mother didn’t like me watching so much and it was a delicate operation to leave enough time with the television off before she got home, when she would feel the top of the set to see if it was hot from being on too long.

Despite my copious consumption, a huge difference remains between my viewing habits and my daughter’s.

I was focussed on one screen, and one idea, at a time. I had to wait for an episode to finish before I could watch another. I could have changed channels during the ads but that required me to get up and walk to the television. Also, our knob had broken and we needed to use a big, clunky pair of pliers to move it and… honestly, it was easier to stay curled up on the papasan.

Things are not so simple for my daughter. Courtesy of the countless viewing platforms and social media available, focusing on one thing is proving to be very tricky for her. And despair-inducing for me.

“I lived on a solid, after-school diet of Get Smart, I Dream of Jeannie, The Brady Bunch, Gilligan’s Island.” Image: Tumblr. I despair at the short attention span which the four-screens-at a time generation must necessarily have. I despair at the swipe; the immediate dismissal of ideas. I despair that my daughter will grow up not being able to concentrate on anything for longer than the length of an Instagram video.

A couple of weeks ago I was sufficiently despairing to announce a new initiative in our house: I was going to read To Kill A Mockingbird to my daughter each night. She responded to the idea of curling up on the couch with me and a dense-looking book, as any Year Seven kid would – with abject horror.

The first night, we struggled. I tried to concentrate on the tricky Southern dialect while she wriggled and thrashed about beside me like she had some kind of tropical fever. The second night, she announced that this reading thing was not going to happen. (It did.) The third night, she was silent. She may have been sulking but at least she was still. The fourth night, she interrupted, asking questions about the story. The fifth night, she stopped me so she could write some words down she hadn’t heard before. By the sixth night, she was hooked. And so was I.

I haven’t read To Kill A Mockingbird for a few years and, while I had remembered its big themes of kindness, social justice and racial inequality, I’d forgotten what a genius piece of writing it is. It’s complex and demanding and, truthfully, it’s a tiny bit grown up for my daughter right now, which is why it’s perfect. Watching her concentrate to try and grasp it is wonderful – even if she might not understand it all.

I probably didn’t understand it all either when I first heard it, which was when my mother read it to me, when I was twelve. I guess she came home one too many times to find the top of the television set was hot, and she was sufficiently despairing to announce a new initiative.

Clearly, reading it with my mother was a powerful experience for me. I don’t know how my daughter will feel about it at the end. I get that it’s probably doing more to help me than her.

Still, I cannot wait to see her mashup video on Instagram about it.