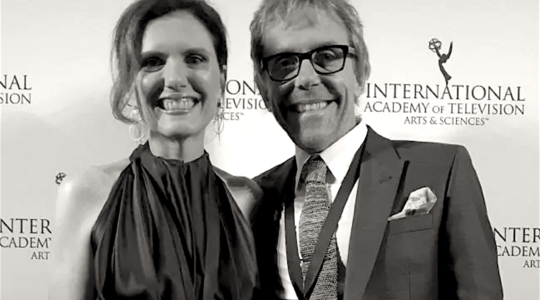 Robyn Butler and Wayne Hope, the creators of the AACTA award winning hit children's series Little Lunch have been honoured on the international stage at the 2018 International Emmy Awards Kids in Cannes, France.

Butler and Hope have been awarded medals as finalists in the 2018 Emmy Awards Kids. Little Lunch was one of just four nominations in the Kids: TV Movie/Series category. The production by Gristmill was the only Australian nomination.

Little Lunch has received critical acclaim both in Australia and internationally, recently also winning The Japan Prize, The Esben Storm Award for Best Direction at the ADG awards and an AACTA award for Best Children's Television series.