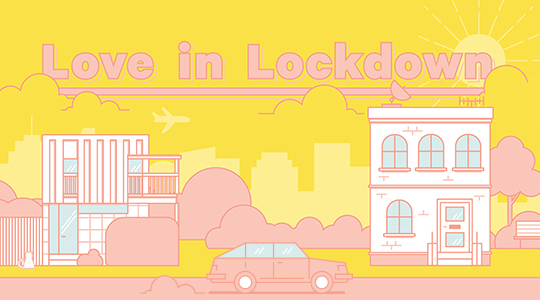 An unlikely couple falls in love when forced to take online ukulele lessons during COVID-19.

The little six part series can be found here.

It’s the second half of March. Lucy is starring in Shrek The Musical at Her Majesty’s Theatre in Melbourne and, after being on Broadway with his multi-Tony-nominated production of Beetlejuice, Eddie arrives back in Australia to begin rehearsals in Dolly Parton’s 9 to 5 in Sydney, which will open mid April. The day after Eddie lands, 9 to 5 is postponed. Shrek The Musical shuts down in Melbourne. Lucy, Eddie, their cast mates, dancers, musicians, ushers, bar staff... like thousands of others, are out of a job. Meanwhile at Gristmill, Robyn and Wayne are lucky enough not to be in production like many other people in the industry, however all the company plans for March and April have flown out the window which is the only flying now permitted. Like everybody else, they bunker down at home.

After four weeks of restrictions, Lucy comes to Robyn with an idea for a romantic comedy set entirely in isolation. Things have been a bit crappy in the Butler-Hope house; on top of one daughter having had to return from overseas and the other daughter coping with Year 12, the family has just lost one of their beloved dogs and everyone is broken-hearted. Robyn decides that making an isolation rom-com will be the perfect panacea.

Robyn and Lucy will write it, Wayne will direct it and Gristmill will produce it. Robyn and Lucy begin work that day over Zoom. Five days later, the scripts are finished. Eddie has graciously agreed to take part between home schooling his kids and his other commitments. Wayne is frantically sourcing lights and microphones from Dandenong and New Zealand. Literally the longest part of the entire process is trying to get a courier to pick up the equipment to take to Eddie in Sydney.

When it finally arrives, Wayne talks everyone how to set up their mini camera and sound departments; Lucy and Eddie send camera tests through... and the shoot begins. And ends. A crazy few days of editing follow and, seventeen days after Lucy told Robyn about her idea, the series is completed.

Working speedily within the creatively challenging parameters that isolation presents has been exhilarating and wonderful. Love in Lockdown is joyful and uplifting and Robyn was right, it has been the perfect panacea.

When life gives you lockdown... make a love story.