Here's one from the vault. Written by Robyn Butler, Roz Hammond, Bob Franklin and Matt Cameron, Small Tales & True is a mockumentary series made for the Comedy Channel in 1998. We'd like to think we were trailblazers as we made this before mockumentary was de rigueur. And, yes, we did meet on this show, playing husband and wife. The on screen marriage went well so we decided to try it out in real life. It's been very similar to the shoot, right down to the catering truck parked out the front of our house (deal breaker for Robyn). Episode 1 - Treading the Boards

A private detective happily investigates the seedier side of life, having slipped into it himself. Starring Robyn Butler, Roz Hammond, Bob Franklin and Wayne Hope.

Fighting breaks out in the Richmond football club cheer squad over who should write the slogan on the banner. Starring Robyn Butler, Roz Hammond, Bob Franklin, Stephen Curry, Jim Russell and Monica Maughan. 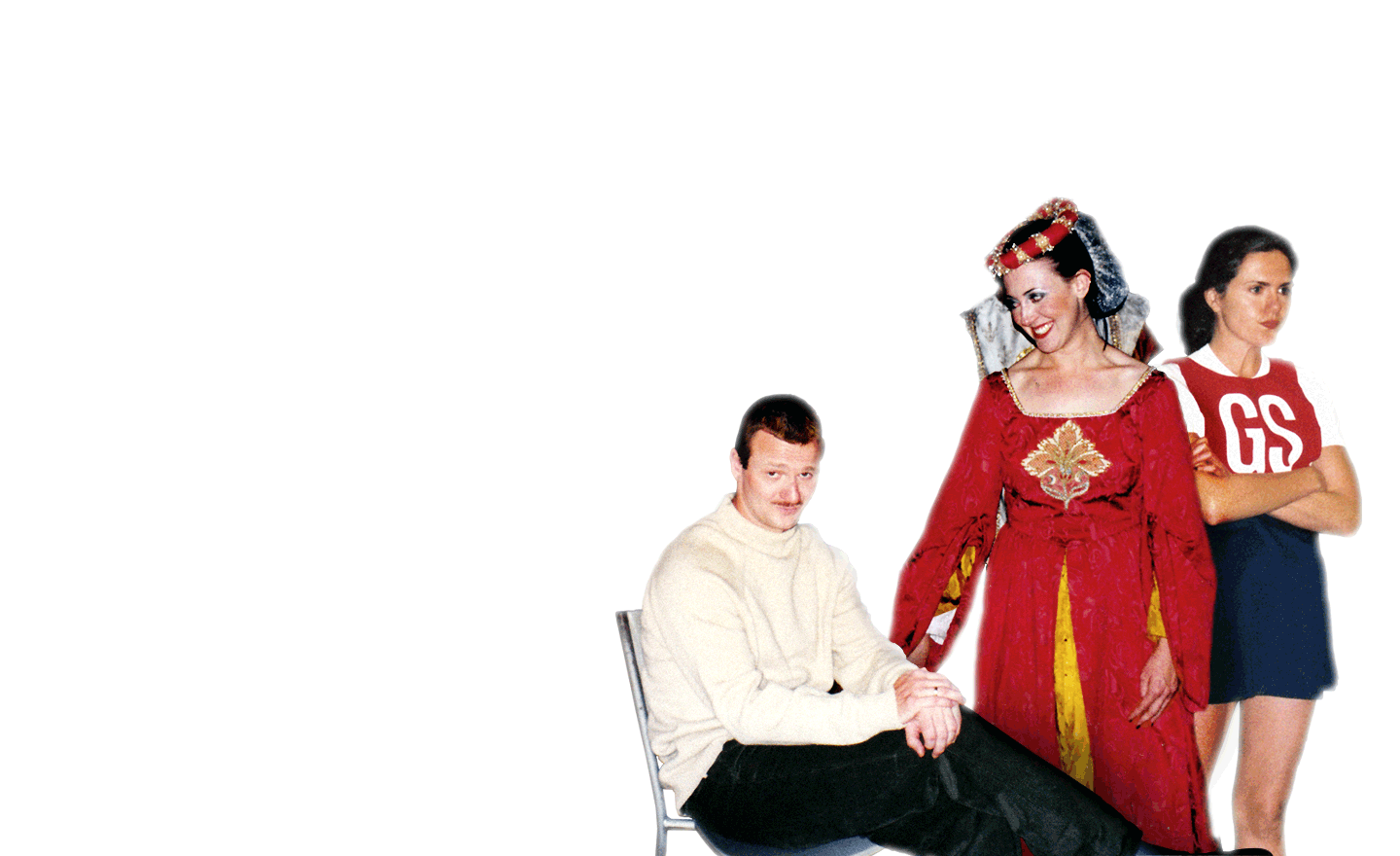